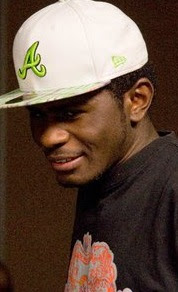 See last week’s post for part 1 of this series.

“Postmodernism” (PM) took American universities by storm in the 1980s and 90s. When I arrived at Macalester College (St. Paul, MN) as the InterVarsity campus staff in 1992, PM hit me full in the face.

Last week I mentioned how it has taken evangelicals 20 years to come to grips with this sea change. We’re finally getting it.

The most prevalent type of undergrad student (by far) I encounter in my many travels is not the truly PM person, but this:

Yeah, it’s complicated. By bathing in the direct PM sunlight their entire formative years, students absorb much from their environment.

But it’s only skin deep, a suntan. When you get past the outer layer, they seem to bear a striking resemblance to moderns of the past. They want rational answers to their questions.

Careful, though. Don’t assume you can skip past that tawny exterior. Failure to account for it will crash the conversation.

Rare, but it’s out there. This student appears at first to engage in rational discussion of a reality to which we both subscribe. But soon, squishy PM stuff derails the conversation into troubled waters — or quicksand; pick your image.

Next week: We’ll begin connecting the gospel message with the four profiles.

Note that definitions of PM and Modernism vary. My use of “Modernism” is rather generic and is probably more in line with the word “Enlightenment.” Wikipedia has some nice articles on Postmodernism and the Enlightenment. In old fashion hard copy, I’d suggest Stan Grenz’s A Primer on Postmodernism.